Shortly after midnight on Saturday my daughter and her friend gave me this beautiful card case to hold my business cards. 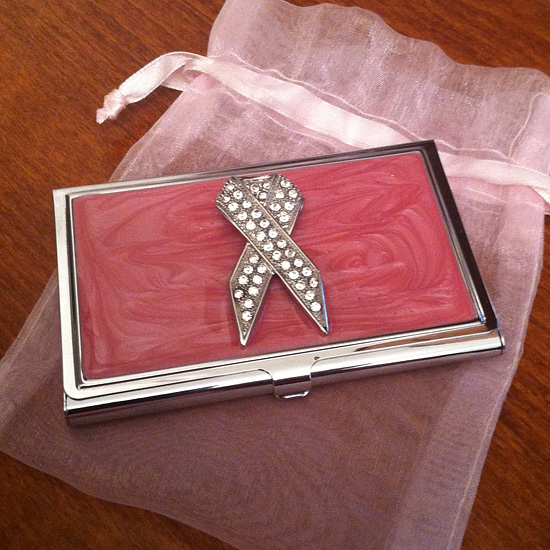 Sunday was my seven year anniversary as a Breast Cancer Survivor. On Friday, I ordered a cake for myself to celebrate this day.  I don't really drink, I don't do drugs and I have never smoked and I still got cancer... so yes I eat sugar. 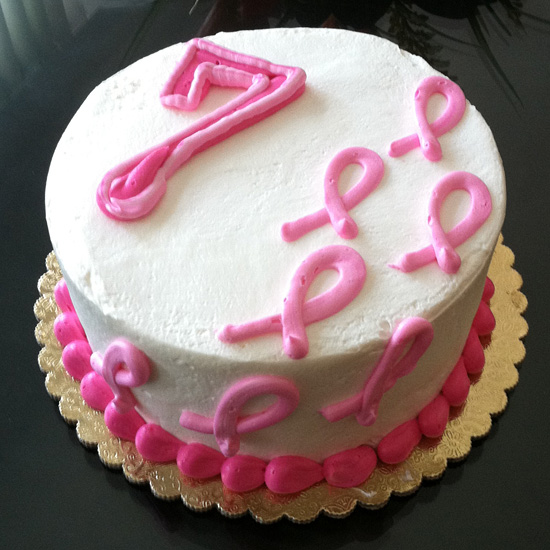 I asked my closest friend in California, (who was literally the first person to hear the news as the Doctor called me at work) to come over and celebrate with me.


The day started out a little later than I had planned, I was running late for church and the chapel that I attend is very small and difficult to sneak in late. I decided to go to the church that we belonged to when we first moved here (and during my treatment) as their mass starts 15 minutes later. This parish had been talking and planning and raising money to build a new church when we became members. I do believe things happen for a reason and as I sat in the church I became very reflective on the past 7 years. I sat in the old church and prayed to heal and survive when I was sick. Now 7 years later I sat in this new church and so thankful that I am still here.
Cancer changed my life forever, not all bad, but changed nonetheless. I am healed on the outside, but sometimes the emotional side still creeps up on me. A few months back I had a “touch-up” procedure done. Before I left work for the appointment I looked at myself in the mirror and thought outwardly, most people that I meet now, have no idea that I am a cancer survivor. My hair has grown in and they can’t tell that it is much thinner than before. My eyebrows and my eyelashes have grown back and my eyelashes hold mascara again. My scars are not visible when I am dressed. People cannot see the effects of the aromatase inhibitors. But as I lay on the table with the greatest leopard hospital gown on… the tears started streaming down my face. I was back 7 years ago as they wheeled me into the operating room to remove a part of my body. I have learned we must allow ourselves to honor these moments as part of the healing process too.

Today the tears streamed down my face again, so many emotions. Happiness that I am still here, gratefulness for all of the people that supported, prayed and helped me. Sadness for many of the people that I met because of the cancer that are not here anymore. I wrote and delivered a note to another close friend at that time, who had helped me with the kids. Our lives have now taken us in different directions. I sent a thank you text to Lou for supporting me during my treatment. We were close to divorcing in 2006 and then I was diagnosed. We decided to stay together. We tried for another 5 years, but it just was not meant to be.
After honoring those few moments of tears and emotions I was off to enjoy my day. I walked my favorite island and visited my friend who is still recovering from a freak illness. He congratulated me and then asked “did you think you would be sitting here 7 years later?” “Honestly, I was not sure, but my Doctors were.” was my response. They told me it would be 12-18 months of hell and then I would have a greater risk driving on the freeways. 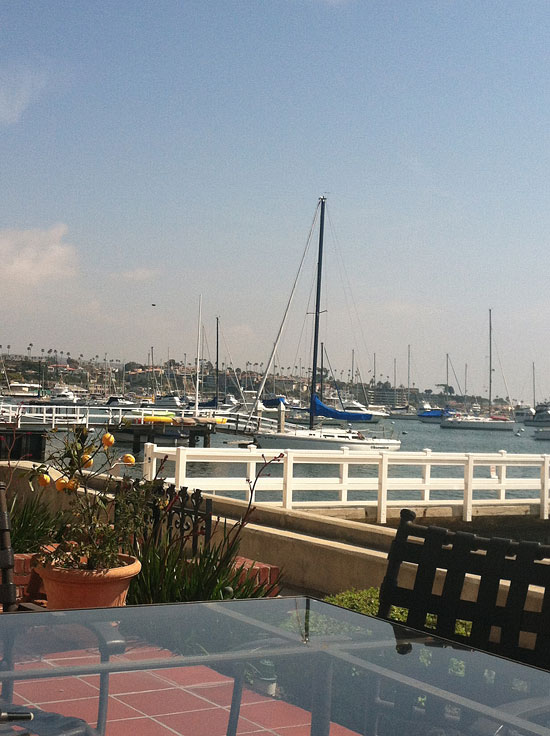 I treated myself to one of my favorite childhood candies while relaxing for a pedicure. 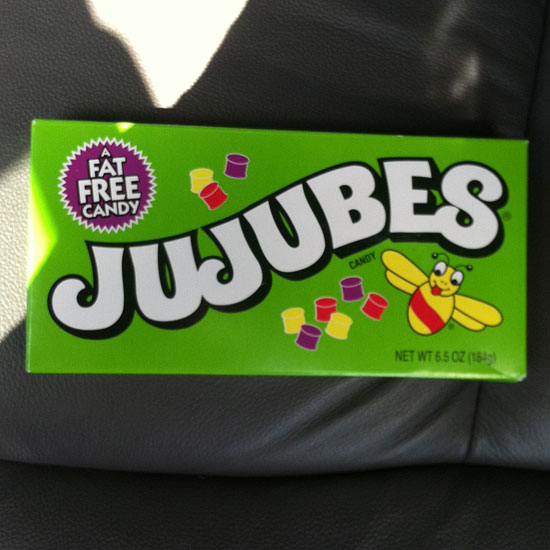 My friend and her daughter came over and we celebrated our friendship… and the girls ate CAKE!

The only part missing in the day was seeing my Dante. This was his weekend with his Dad and his future Step-Mother. Other than that…

I am a survivor.

I have so many amazing people in my life that care about me.

It was a great day.