The Craft and Hobby Association Show in Anaheim

Last year I went to the CHA show as it was right in my backyard. I became a member of the association as an Educator/Demonstrator as I facilitate Art for Healing workshops. The first time you go to any show or convention can be overwhelming and last year was no exception for me. There were rows and rows of companies that make any and all items having to do with Crafts and Hobbies. Scrapbooking, knitting, jewelry making, painting, drawing you name it.

This year I had originally planned to go for two days, but then it got whittled down to one day, about 4 hours to be exact. I started at one end and walked up and down the aisles taking it all in. I ran into Jenny Doh… formerly the editor of Somerset Studios and now starting a new venture: Crescendo… and the telling of how “Art Saves”. I met her last year at the show and I have recently emailed her to see if I can become involved with her new venture, as art has saved me many times throughout my life. I also met Kristen Robinson who was chatting with Jenny.

I continued on, taking it all in… stopping to look at the glorious handmade papers… with Sterling Art closing locally it leaves the paper collectors of the So Cal area underwhelmed. I may start purchasing and selling some of the papers that I use on my own site.

This necklace is from the Making Memories Booth… You were able to pick 2 initials and 2 other charms. The Vintage Groove Collection by Jill Schwartz had a wonderful selection of charms and findings to offer… 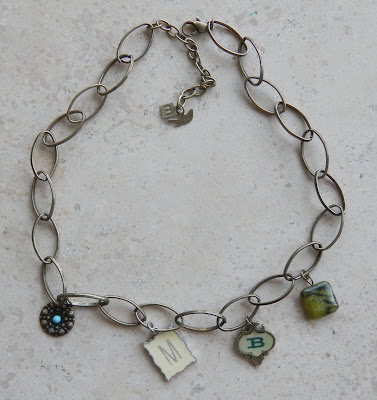 they also were giving away great pink aprons! 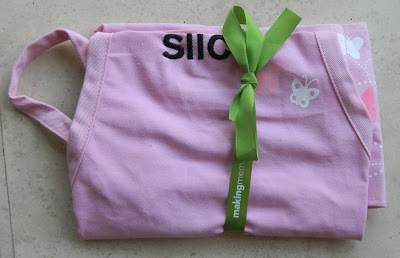 Buttons, buttons… I love buttons. There were two booths that especially caught my eye: www.Buttons.com and Blumenthal Lansing. OH MY GOD did they have the most wonderful, colorful buttons to offer. 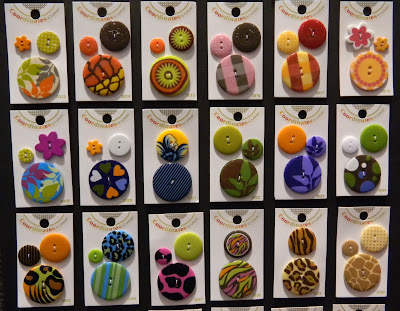 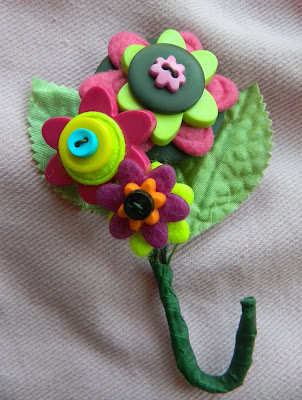 Grunge Board… Tim Holtz has the greatest collection… letters, numbers, shapes…he has so many wonderful ideas and items that can be used so many ways. As I was walking through the show I heard one woman talking on the phone… “One word to sum up the show… RETRO”. I would have to say she was spot on. Everything old is new again. All of the little items the crafting hoarders of the world have had in their stash for years are now selling all wrapped up lookin’ brand spankin’ new for a good deal of money! 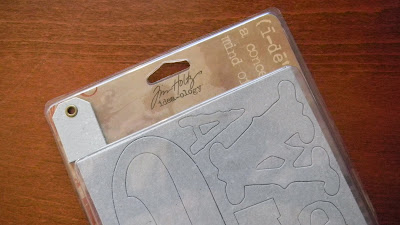 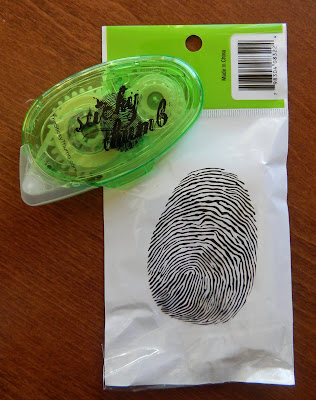 Zentangle… originally coining the name was Maria Thomas and Rick Roberts… Suzanne McNeill of Design Originals publishing has just published two new Zentangle books. I think many of us Doodlers have been doing some sort of Zentangle for years… we just did not market the idea!!! 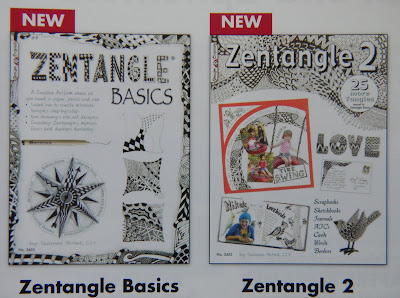 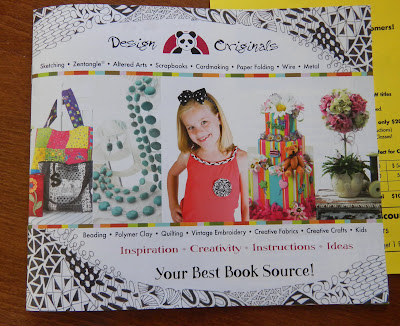 The Sculpey booth was giving away great little thermometers for your oven. I also received a quick lesson in stacking the Sculpey… It always looks so complicated, but after seeing a quick demo it did not look so painful! I walked away with a package of their White Premo Sculpey. 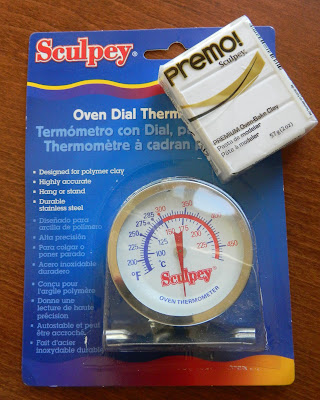 I have followed Artist Claudine Hellmuth for a few years now. I emailed her with a few questions and she graciously replied. She was demonstrating some of her new products with Ranger as I walked up to her. She spoke at length with me, did a few demos and tried to sell me on the merits of Twitter! She is so nice and a beauty at the same time. I want to order her paints and some of her other products. Ranger also has this great little brayer… Sometimes when I am adding color to my pieces, the larger brayer is just too wide and this little guy would be perfect. 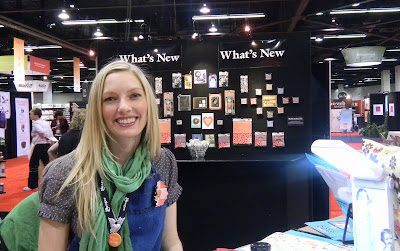 I spoke with two designers, Denise Clason and Diane Flowers and they were both so gracious… sometimes designers can be so secretive about how they got started and what pitfalls they encountered. Denise and Diane suggested that I change my membership now that I am published to “Designer” and start getting more involved and take advantage of what the organization can offer. I had a wonderful time at the show taking in what I could in only 4 hours… so much creativity and so many creative souls in one place… it was amazing.

As I was leaving to go pick up the kids something caught my eye… Friendly Plastic! I have been cleaning and organizing my studio and I have trying to be good and toss some of the stuff that I have not used over the past few years. I came across my stash of Friendly Plastic. I put it in the toss pile… then took it back out… then back to the toss pile and back out about 4 or 5 times. I hated to throw it away but I have not used it probably since the 90’s.

The new techniques that use Friendly Plastic are amazing. I watched for a bit… grabbed some cut sheets and headed for my car… now the only problem was I could not remember if my stash had finally gotten thrown out or not! When I got home I looked into the cabinet where I had stored it… No FP… then I looked on my counter and Eureka! It was there… I had not thrown it out after all. 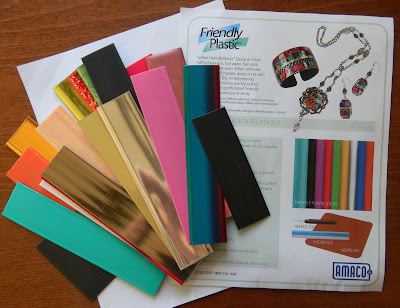 Now the challenge will be to actually try one of the new Friendly Plastic techniques before the next 15 years passes by….
at 1:52 PM
Email ThisBlogThis!Share to TwitterShare to FacebookShare to Pinterest
Labels: Art and Creativity for Healing, buttons, CHA, claudine hellmuth, creativity, friendly plastic, jenny doh, kristen robinson, ranger inks, sculpey, slice, tim holtz, zentangle

Hello Mary Beth,
Thank you for showing us the highlights of CHA, it is great to see some of the new stuff on show.

With regard to Friendly Plastic, come and visit the Art of friendlyplastic.blogspot.com, or my blog rarelizzie.wordpress.com for a heap of great ideas and things to do with Friendly Plastic. It is a simply brilliant modelling medium.

Hey Girl! You'd better let me know when you change your status to "Designer!" I want to make sure you are part of the CHA-Designer yahoo list!

What a great report of the CHA show!
Denise