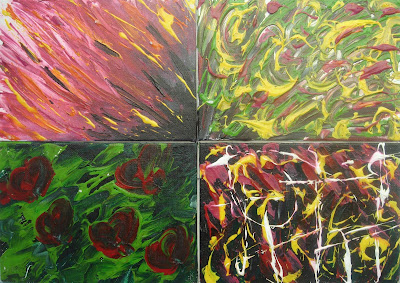 
Power of Subtraction: Get rid of everything that you neither need or want in your life.

I am a collector and a saver. I enjoy old things and I always think that I could find a different use for many things. But at times I feel a compelling need to clean house and go through the stuff that I collect. My parents were both savers – I think for them it probably had more do to with growing up during the depression. My Mother loved collections. She had a ton of dolls, some she made and some she bought. When you would go to her house there was no room to sit because the dolls had taken over. She used to say “this will be worth something someday!” When we made our move across country five years ago, we had to pare down. There was no way we could bring all of the collections and things that we, but mostly I had acquired over the years. I had a wonderful collection of Hall Autumn Leaves china that was given to me by my Aunt. I grew the collection up to enough to serve 25 people. I had fun antiquing to find the missing pieces. I sold much of my “stuff” on EBay. My Mothers’ prophesy did come true, much of it sold very well and was worth something. We still moved a semi-full of stuff out west, but other than a few items I never really missed much of what I had accumulated over the course of time. Now after 5 years here I am feeling the need to have a major spring cleaning.

When your body and psyche sound the alarm, your job is to listen and redirect your life.

I think I touched on this in the last chapter… Cancer has made a large impact and forced me to hear the alarm when it goes off, after years of ignoring the alarm. I had to make a choice just the other night. I wanted to complete a submission for a magazine due Friday, but I also had the paperwork due for a fundraiser that I am running for my son’s school. I enjoy the volunteer work for school and I know that he will not always be in school so I have a limited amount of time to give back. I did not finish the paperwork until 1:30 am. In the past I would have stayed up and kept working on the submission, but I know now that is not the healthy answer. I chose to go to bed and not send in the submission. I feel bad, but I have also had to learn not to beat myself up about it and move on. There will be more submissions.

Learn to say “NO”

This is so hard and I have been trying this one for a long time. Just this past fall, after finding myself involved with many non-profit organizations I had to make some choices. I had to decline some positions and some involvement. It was hard and I feel badly about it sometimes. Even when I sit in PTA meetings I have to sit on my hands sometimes so I do not find myself on another committee. The 80/20 rule is so true and I am usually a member of the 20% doing the 80% of the work. Now after 6 months I have seen the benefit of saying “no”. I have produced more art, moved forward with my blogs and enjoyed having more time to build my business slowly.

There will always be unavoidable serenity stealers in life. I enjoyed one of the quotes in the book from
Designer Diane Ericson… “I get that all we can control is what we do with what happens. And that’s been an incredibly important, painful, joyful, intense lesson for me.”


I feel the same way. Cancer helped me with control, or the illusion of control, but I still have to try hard everyday to remember the lesson learned. Yesterday I had a major and a minor “stealer” happen that I will have to deal with but I also had some wonderful news too. I received notice that one of my submissions to the Cloth Paper Scissors calendar contest for 2010 was chosen as a finalist! But the best news of the day was that my recent MRI is clean!!! Talk about a Serenity booster!
at 1:22 PM
Email ThisBlogThis!Share to TwitterShare to FacebookShare to Pinterest
Labels: breast cancer, creativity, MRI, serenity

that is wonderful news about the mri! it is so true that when we don't pay attention to the serenity stealers in our life, our bodies do something to wake us up! for me it has been infertility and chronic sinus issues.

congrats as well on the cps calendar. hope you get chosen!

And I'm completely inspired by the results you've gotten by saying no!

Glad you mri is ok. And it's a good thing to consciously say no and realize that's ok. As women we always tend to overdo it I think. I love your art as well. :)